My newest novel, Scorched Earth, takes a look at what it might be like to live in extreme drought conditions.  What would day-to-day life be like?  The economy?  I envisioned the criminalization of water waste, massive unchecked wildfires large enough to engulf the Nebraska panhandle, and more.  My characters, Jake and Lexi and their baby daughter Ava, are forced to flee their home–fast–when a huge fire takes aim at their town.  They think life will be better in California, and take off through Nevada with a hasty plan.  Let’s just say things don’t go as planned for them…

I started writing this novel back in early 2017, wrapped it up and sent it to my publisher about a year ago.  When I started on the book, big fires were certainly in the news–but nothing like the mega-fires we’re seeing in so many places, and especially in California right now.

I really thought I was writing something a bit over the top, a dystopian near-future novel.  Fiction.  It frightens and saddens me that it isn’t so fictional after all.  My heart goes out to all the people affected and all the firefighters putting their lives on the line.

Well, mostly.  The paperback was released today on Amazon, and the ebook is available for preorder, should be available mid-September.

I’m very excited about this book.  I began working on it in early 2017, wanted to do a climate-change/drought-related thriller this time around.  I had no way to know it would become as topical as it has, with all the horrendous, tragic fires that have taken place in the meantime.

I hope you check it out…and that you have pleasant dreams…or not!

Find it on Amazon 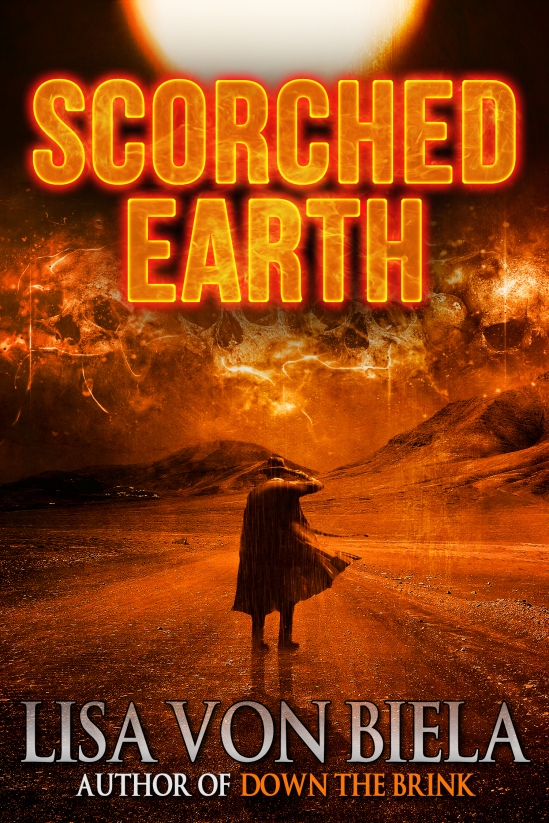 A fast-moving inferno ignites in Western Nebraska, driving Jake and Lexi from their home in the middle of the night with almost no time to pack up their belongings. They flee west on the interstate, along with their infant daughter Ava, hoping the fire will soon be contained and they can return home.

Instead, the fire races out of control, quickly consuming much of the Nebraska Panhandle, forcing Jake and Lexi to decide on a hasty relocation plan. They hit the road through the Nevada desert, heartbroken over the widespread destruction and their loss, but hoping to find a new and better life out West.

Jake and Lexi thought they’d already lost everything to the fire. They were wrong.

Which road should you take when escape is only an illusion?